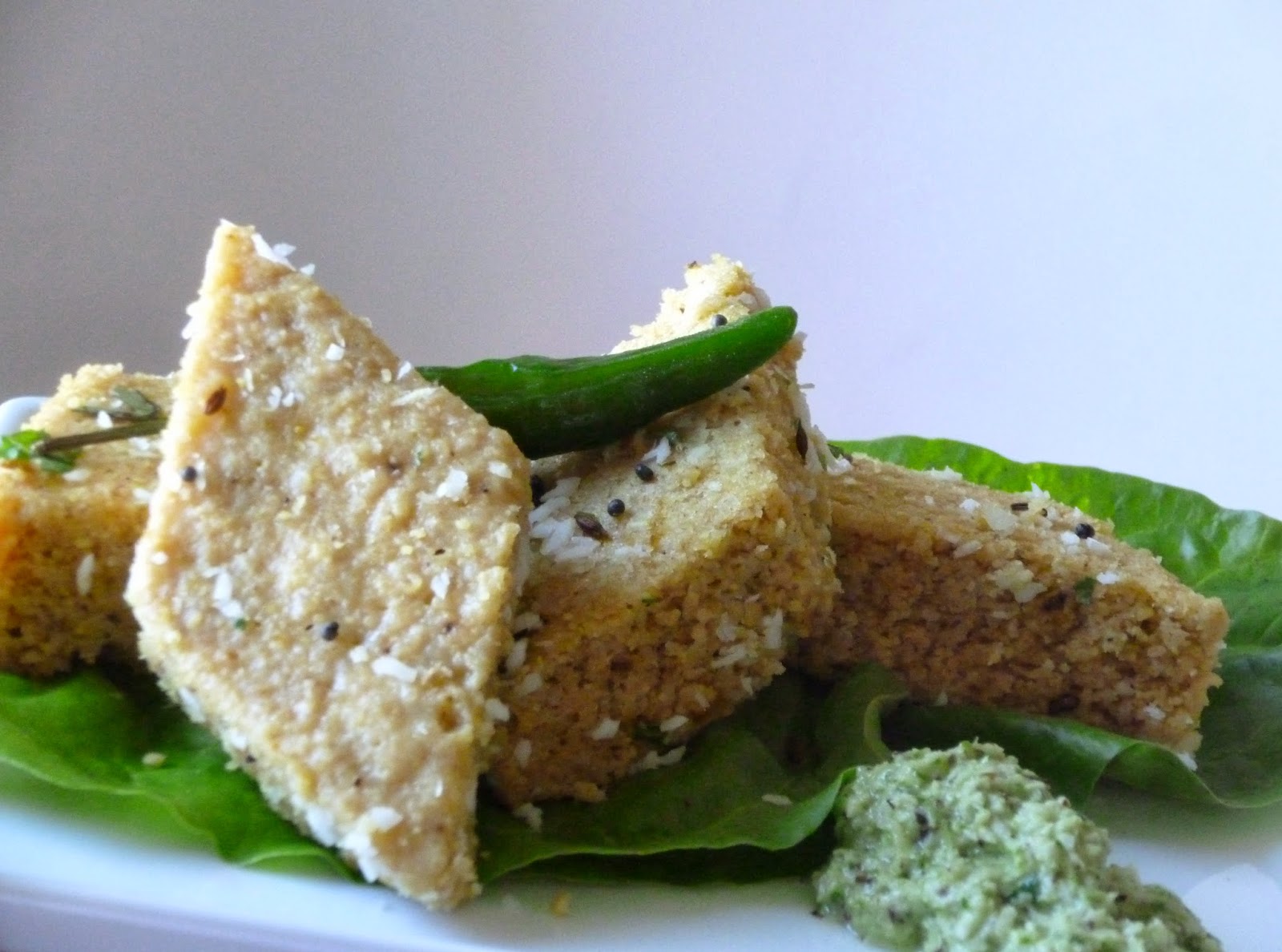 I have been away for a long time and a lot has happened while I was gone. Changed a few jobs, became an artist, an entrepreneur, got separated from my beloved wife and started eating healthy. With all the questions one might ask about the above list, I’ll talk about the most important, eating healthy. I’ve indulged in many unnecessary fads in the past couple of years—veganism, vegetarianism, gluten free diets, raw diets, not to mention excessive Instagramming, Facebooking and Twittering. The one thing I can proudly say is that I never became a Kardashian fan! I’m over all of it, at least on the diet front and back to the one diet that sticks—the desi diet! During the past couple of years, I did pick up quite a few new recipes and modified old ones to fit my diet. Idli’s although full of carbs have the potential to pack a major protein punch. Especially, when you modify the ingredients to include protein rich beans and reduce the amount of rice. Ingredients 3/4 cup Udad (black matp
29 comments
Read more 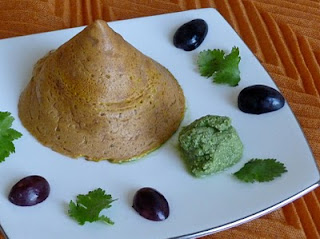 In Pune you’re never more than a few hundred feet away from a place that serves a hot, crisp dosa. I, like many others I know, grew up getting my daily requirement of dosa from Hotel Vaishali. And for most of us Puneris, Vaishali will always remain the golden standard by which all dosas will be judged. When I returned to India a few years back for a brief visit, a friend of mine wanted to take me to a ‘hip’, new dosa joint, which in itself is an oxymoron. We arrived at a place called Dosa Hut, located on the corner where Bhandarkar Rd meets Jangli Maharaj Rd and housed in what used to be the old Café Sunrise. It had just opened when I first visited. The abmience was a little overwhelming for a restaurant that made it’s living by selling dosas. I kept an open mind; that was until the menu arrived. Veg Jaipuri Dosa, Paneer Bhurji Dosa and the killer, I kid you not, Chicken Manchurian Dosa. I understand the need to be different in a saturated marked, but this was just insane (not to men
41 comments
Read more 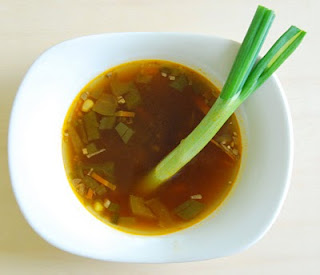 “ Teja main hoon, mark idhar hai. ” The most memorable dialogue from what was possibly one of the funniest films to come out of Bombay and one that steered clear of the usual Bollywood formula. Never before had a Hindi movie so brilliantly paid homage to the fine art of buffoonery. One rarely sees a movie anymore where each of the characters has a perfectly measured role that lends so well to the movie; right from Tiku Talsania ’s jittery inspector to Shakti Kapoor ’s “ Crime Master Gogo ”. I remember the movie had opened at the newly redone West End theatre on Main Street, Camp, in 1994 and a small group of 24 of my closest friends had gone to see it, first day, first show style. I had been robbed before of what little pocket money I had by Bollywood’s lame attempts at being funny and I didn’t expect anything more from this one. But as soon as I saw Amir Khan pedal his bike in the dream sequence, it felt promising. Andaz Apna Apna was an instant classic , and the kind that I watc
19 comments
Read more 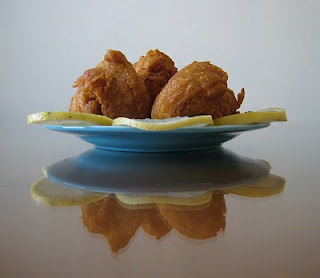 Following my wedding on my last trip, I decided to take my firang wife to a city that offers a little more of the India that is promised in travel books than what Pune can offer. And after an impromptu flight to Jaipur, we settled in a generic hotel, the name of which escapes me at the moment. It was a quaint little place and by quaint I mean management had absolutely no interest in managing the it. It was the kind that makes your local lodge look like a 5 star hotel. The restaurant part of the hotel consisted of 7 tables haphazardly huddled into a room attached to a kitchen. The food however was spectacular. They had some pretty good pakoras, the likes of which I have never had before. Their cauliflower pakoras were especially memorable. My most memorable moment in said restaurant, however, was when I asked for some sugar to go with my coffee. I discovered some ants in my sugar and summoned the waiter immediately. As I referred him the ants in my sugar he gave me a look that sugges
16 comments
Read more 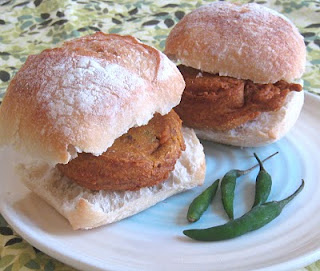 To a Puneite living abroad, especially the US, the worst part of the journey home isn’t the eighteen-plus hour plane ride home, it’s the miserable three and a half hour car ride to Pune after landing in Bombay. It goes something like this. After careful calculation of vacation days the momentous decision to visit home is reached a couple of months before the actual journey and thus begins the saga of finding the perfect (cheapest) ticket. Browsing through many sites, with multiple windows open at one time, carefully considering the layovers, and chat consultations with fellow desis, all done in office time, a purchase is made. No sooner does the itinerary hit the inbox, it is forwarded to at least 4 family members and 8 friends. And if you’re lucky, they won’t all show up to pick you up at the airport in one car. The day of the journey arrives and the sojourner leaves for the airport with maximum allowable baggage and a list of explanations for Indian customs about how it is all with
36 comments
Read more 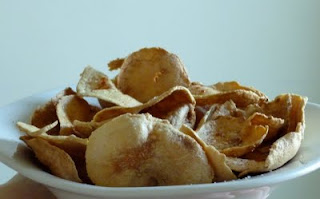 The month of May in Pune is a time for summer vacation, over-chlorinated swimming pools, Alphonso mangoes and 40º C plus temperatures. It is also time for the industrious Puneri housewife to make homemade kurdai, papadi and potato chips. There isn’t a Puneri worth his salt that hasn’t slipped on or walked over a sheet full of sticky sabudana papad freshly laid out to dehydrate in the scorching summer sun. One of the most common sights of the Maharashtrian summer is an assortment of papads spread over sheets of tarp on roofs, terraces, courtyards and any flat surface that had the potential for catching a bit of the sun, irrespective of its inconvenience to the passerby. I always wondered “Why would you toil for a whole day making the batter, spend another couple of hours laying them in the sun, employ the area kids to make sure the birds aren’t stealing them and in a week you’d have a substandard side-dish that one can totally live without?” Not to mention these are readily available at
12 comments
Read more 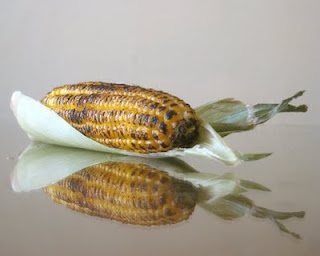 The year was 1988 and my mediocre performance in the SSC exams was followed by successful admission to the science stream at the prestigious Fergusson College with little help from my dear aunt who headed the Dept. of Physics. A decision she no doubt came to regret after going over my attendance record and my report card. As it is common knowledge, junior college is best attended as a casual student and yours truly took that piece of advice to heart. As a result, most of my time at Fergusson was spent either in deep, 'scholastic' discussions at Vaishali or under the eight odd tin sheds outside the main gate that served as two-wheeler parking. The bicycle stand was an excellent alternative to attending class, except for one problem — there wasn't any food readily available. However, all was not bleak among the Hero Hondas! Stationed right outside the gate of the ladies was a bhuttawala . With a pyramid of corn and a large bowl of live coals and the right combination of l
23 comments
Read more
More posts