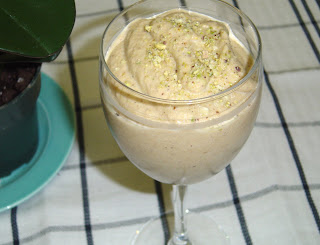 If there's any milkshake that's capable of bringing all your boys to the yard, it's probably the Good Night. Unfortunately, it will also put them to sleep as soon as they arrive at said yard. One of my favourite restaurants in Pune that I must've mentioned a million times here is Darshan. The juice and milkshake menu at Darshan went filled an entire section of the menu. The king of the shakes however was the Good Night. A dieters nightmare, this milkshake was so heavy that it would put you in a food coma within the hour. Hence the name. It was a mixture of whole milk, cream, chickoo, figs, dried fruit and nuts. Served in a tall beer mug and topped with homemade ice-cream and some shopped nuts for good measure. My other favourite part about the Darshan menu was a disclaimer on the first page which I am sure annoyed the waiters a lot. It simple stated "The person serving you is a needy student. Do not lower his morale by offering him a tip. Calling him brother or 'bandhu' is the best tip you can give him." I have heard that they recently removed that little note.

Method
Put the ingredients in the blender in the following order.
Raisns at the bottom, then nuts, chickoo, figs, cream, milk and saffron
Run the blender on the smoothie setting.
Keep blending till the raisins have been broken down completely

Serve in a tall glass with chopped nuts and a dollop of vanilla ice-cream
Posted by Adhi Potoba at 10:54 AM 5 comments: