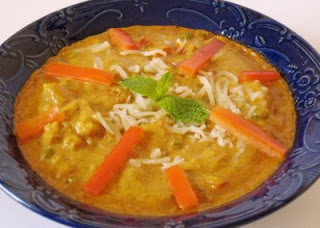 Once upon a time Pune was a small town with cute little houses. The traffic was manageable. The air was breathable air. And roads had no dividers. Fergusson college road was a beautiful street lined with Banyan trees and pretty much everything else was hunky dory. Much unlike the awful shit storm that FC Road has become today. A few things however have remained unchanged there. One of them, much to my delight, is a restaurant called Amrapli. As far back as I can remember, Amrapali was the place to go to for vegetarian fare. It is located off Fergusson College Road at the end of an access road right behind Hotel Roopali. It is very easy to miss as the only indication is a beaten up cantilevered neon sign, which must’ve worked at some point in time. A bicycle repair shop on one side and a scooter garage on the other guard the entrance to the access road. The entrance also featured a Lambretta, which I guess no one had claimed for decades, rusted and sunk half way into the ground. The left side of the access road was lined with custard apple trees and a moss covered wall, which seemed like it could collapse if someone broke wind and the right moment. The road itself, partially lined with Shahabad tiles, is an abandoned, half-hearted attempt at making it into a permanent road. While all these add charm to Amrapali, the restaurant itself is pretty lavish. The staff is courteous and the food delicious. They serve mostly vegetarian Punjabi food and the odd attempt at a vegetarian Chinese dish (which is usually quite tasty, just not Chinese). My favourite food there was the veg-korma, an artery clogging vegetarian feast. Amrapali has lost its attraction in recent years with the expansion of Pune city and the mushrooming of hundreds of other ‘me too’ restaurants. But most will remember it as one of the best vegetarian restaurants in Pune.

Method
Heat a pot and add oil to it.
Sauté the garlic and ginger and add onion.
Stir the onion and heat till translucent and brown on the edges
Add tomato and allow to cook for a few minutes
Add Turmeric, Garam Masala and Chili Powder and stir
Add Cashew Paste and mix thoroughly
Allow it to cool and then blend the mixture into a fine paste
Transfer contents back to the pot and turn heat to medium
Add vegetables and Paneer cubes and allow to simmer for 15 min
Garnish with grated fresh Paneer and serve with Nan or Basmati rice. 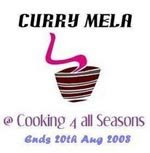