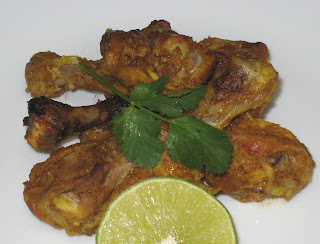 Tilak Tank is known to most Puneites as the largest ‘natural’ swimming pool in Asia. What it really means is that this is the largest natural body of water where some dude had the brilliant idea of putting pavement around it and a few changing rooms. “Voila, now we can charge people money for this” he said. “Let’s put a statue of Lokmanya Tilak in the front call it Tilak tank.” It is true that Tilak Tank is large by any standards. And for the most part, pretty scary. It sits right off Prabhat Road boasting beautiful moss green water. Mostly on account of the abundant moss, algae and random freshwater flora. It is dotted by large schools of guppies that live in perfect harmony with bullfrogs, freshwater snakes, eels and some uncomfortably giant crabs. To emerge out of this cesspool disease free after a summer is a testament to one’s immune system. (Yours truly spent six summers in Tilak Tank, almost 5-6 hours a day). The tank is divided into different zones by depth. 3ft and 4ft are meant for young ones and beginners and are separate from the rest of the pool. Not surprisingly, they also have a very high ammonia content. The rest of it is divided into 5ft, 7ft, 25ft for diving, the 7 ft water polo area and the 5ft women’s area (where most of the men are). Of course, being a natural body of water, these depths are mere suggestions and not actual numbers. 5ft could mean anything from 4ft to 10 ft. They have one ‘lifeguard’, usually a rookie on the water polo team, hanging out like he owns the place, in Speedos two sizes too small. They have one lifeguard in spite of the fact that there is no point at the pool where you can see more than 50% of it at a single glance. Tilak tank, however, boasts of a fantastic safety record of ‘only’ 3 deaths a year. The diving area which is inhabited by numerous swallow’s nests (that attack you every time you try to dive) is the deepest point in the pool. This is the area that can never be cleaned and has dense moss under a certain depth. A small miscalculation in your dive and chances that you’ll never resurface are pretty high. The slide, which is meant for children, is made of cement. When I had the misfortune of using the slide I remember that used to be a giant crack in the middle of the slide. (The male folk for obvious reasons had to be extra careful over the crack). And the edge of the slide was broken with metal gauze sticking out. Which means if one were to use the slide the way it was meant to be used, you’d either crack a vertebra on the middle or leave a piece of your arse on the metal gauze. Oh, I kid the tank that gave me so many years of joy and needed me to take a cholera shots before I took a dip. In spite of all the bitching, it was a fun place to swim and get few shades darker from all the chlorine in the water. My favourite part of this activity was that it made me really hungry and aai would have the most delicious snacks waiting for my brother and myself when we reached home. One of her best ideas was to have a couple of containers of pre-marinated tandoori chicken legs sitting in the freezer. Coming home hungry to a kitchen lightly filled with tandoori chicken smoke was a pleasant memory I still cherish. Just as much as I cherish my Tilak tank days.

Method
Make holes in the drumstick and place aside
In a large bowl create marinade using all ingredients except oil and lemon
Add chicken and coat it thoroughly with the marinade
Allow it to marinate for 4-6 hours (preferably overnight)
Char grill using a gas or coal grill or in the oven at 450ºF
Drizzle oil every now and then
Squeeze lemon and serve hot garnished with onions and cilantro
Posted by Adhi Potoba at 9:35 AM 8 comments: