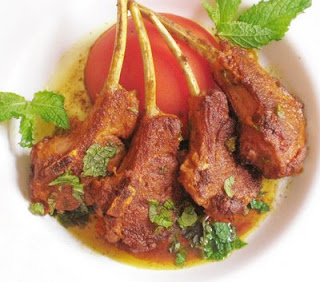 This is the story of how yours truly was involved in an incident that almost closed down Residency Club. In the summer of 93 I started what was my first job, an internship at an industrial design firm in our building. One of the assignments I was working on was to build a permanent Mandap for Residency Club. Back then; Residency club was a newer, cheaper alternative to Poona Club and the Royal Connaught Boat Club. Mr. Tanna, the owner of Residency Club had solicited the help of Blueprint Design to build a permanent Mandap over a courtyard that was surrounded by rooms for club guests, so that he could rent the courtyard for functions even during monsoons. Blueprint design had delivered a highly futuristic concept for a Mandap using a tensile structure. Tensile structures are made of strong sheets of synthetic fibers stretched and held together with tension wires. Blueprint design had come up with a design that worked really well in theory. If all went well, this would cover an area of over 20,000 sq ft with columns only on the periphery. It was sometime in May and the summer had almost come to an end. The mangoes were already in their second harvest. We employed a large crane to hoist the heavy fabric in place and all the wires were put in place. By this time it was 6:00 p.m. and the only thing left to do was to apply tension to the wires and make the fabric taut. It was a couple of hours of work, so the team decided to call it a day and complete it all next morning. Mr. Tanna looked happy with the result and invited us have some drinks poolside. It was a lavish affair with some nice finger foods. The best dish in the spread was crispy lamb chops. I couldn’t recall any other restaurant that had lamb chops on the menu, so it was quite a thrill. On our way back home we saw some rather ominous looking clouds gather, but didn’t think much of it. Looked like your average pre-monsoon shower. It rained rather heavily that night. It was the kind of storm where you are almost OK with the powers that be turning the electricity off for an extended period of time. The rains had made the air cooler so I didn’t mind sleeping without air conditioning as I was already in a lamb-induced coma. Meanwhile back at the Residency club, the rains that had fallen on the loose fabric had started to create ponds in the air and continued till it became one 8 ft deep gigantic body of water floating in the air 25 feet above ground. Finally, it grew to a size where the fabric and the trusses could no longer hold it and it gave way flooding all the rooms around it and partially drowning some. Thankfully, there were some minor injuries and no lives were lost. Early next as we went to check the damage it looked like a post-Katrina scene. I was just surprised that no one got arrested for neglect. Blueprint design had to rebuild the entire thing out-of-pocket and suffered heavy losses. As eventful as the night was, being a true foodie, the most memorable part for me was still the lamb chops.

Method
Blend together all the ingredients for the marinade and apply to the lamb chops.
Allow it to marinate for at least 3 hours. Preferably overnight.
In a flat pan heat oil
Once oil is hot, turn heat to medium
Add Chili powder turmeric, and garam masala to oil and mix completely with the oil
Lay 4 lamb chops flat turning them every couple of minutes
Cook till the surface is crisp and golden brown
Serve with Yoghurt Mint Chutney
Posted by Adhi Potoba at 8:52 AM 2 comments: