Spinach Paratha and a Balanced Breakfast 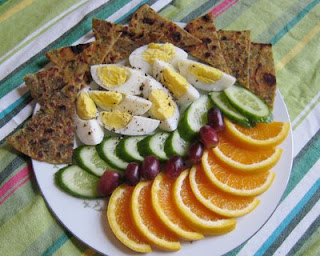 They say breakfast is the most important meal of the day. In Pune, however, breakfast almost seems to be a second thought. It’s something you do between getting dressed for work or school and leaving the house. I for one have been brought up on a steady breakfast of Carbury’s drinking chocolate (the one that came in the blue tin) and Britannia Nice biscuits. (Hello diabetes!) Shoving the biscuits in my mouth and washing it down with chocolate milk hot enough to take the top layer off your gullet. All this mostly while the school bus would stand outside honking the horn and my mother, trying in vain, to ask the driver to wait just one more minute till her son got his shit together. Unfortunately, no matter how old you get or where you go in the world, breakfasts might change, but the chaotic morning scene remains the same. On the weekends however, we try to bring back some sanity to our lives and what better way to start than with a healthy, hearty sit-down breakfast.

Method
Chop the spinach very finely in the same way you would chop coriander
Add all ingredients except water and oil to the flour and mix thoroughly
Add water and oil and knead to form a nice ball of dough
Place aside for an hour covered with a damp cloth
Take a golf ball sized piece of dough and roll it into a thin paratha
Heat a skillet and turn the gas on high
If skillet is hot enough, no oil is needed to cook the paratha
Place the paratha on the skillet
Cook paratha on both sides
Serve hot, or wrap in a cotton cloth and place in an airtight container to maintain softness

For a balanced breakfast, serve:
2 parathas, 1 boiled egg, fresh fruit or fruit juice
Posted by Adhi Potoba at 8:27 AM 7 comments: 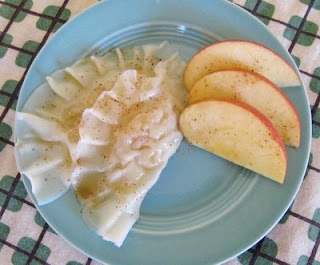 The Osho commune is the brainchild of "Rajneesh" Chandra Mohan Jain and self-proclaimed “Bhagwan”. The spectacular commune looks more like a spa or resort than a religious center complete with waterfalls, exotic flora and fauna and bold architecture. And the beautifully landscaped Osho Park created out of a swamp is just breathtaking. Bhagwan Rajneesh was infamous for his teachings as they encouraged communal sexual indulgence. Here’s a man who took the bumper sticker “Make love, not war” a bit too seriously and turned it into a religion. I for one totally support such thinking.

Osho ashram has brought a lot of good things to Koregaon Park. The best thing to happen to Koregaon Park as a result of the ashram, however, is the German Bakery. Situated right on the entrance to Koregaon Park, it looks like a beach shack situated on a main road. Although from the name, you’d think they serve German snacks, it is still Pune city, and the menu is a mish-mash of anything goes. On my first encounter with the German Bakery, I felt totally out of place amongst the beaded, orange robed, Rajneesh firangs. I had my first Apple Danish Pastry at the German Bakery. “This is a really stupid pattice” I remember my cousin remarking. Clearly, the place was not meant for vada-pav morons like yours truly. Looking back, it was actually quite delicious if you weren’t expecting to bite into a spicy pattice. I went back a few more times and have fond memories of the German bakeries. I thought I’d treat my wife by recreating the taste with a slightly healthier version (by replacing the butter pastry shell with a healthy dumpling wrapper and boiling it).

Method
Add apples, sugar, water, cinnamon and nutmeg to the pot and boil on medium flame
Boil till apples are cooked and all the water has been absorbed
Allow the mixture to cool
Place a wonton wrapper on a sheet or a dumpling press and wet one side
Place 1 tsp apple mixture in the centre of the wrapper and close the dumpling making sure there are no air pockets
Make dumplings and place aside
Bring a pot of water to a boil
Add 6-8 dumplings to the pot and allow them to boil for no more than 3 minutes
Scoop dumplings from the water with a holed spoon and onto a plate
Drizzle honey and cinnamon
Serve hot
Posted by Adhi Potoba at 10:27 AM 12 comments: 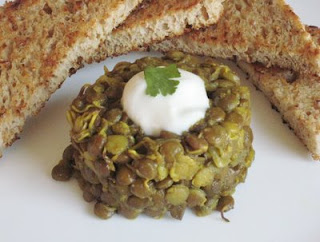 The radio ad for Kalanirnay promised more crap than 16 years in school can throw at you. Kalanirnay is a calendar that most Indian housewives cannot live without. It is published in 13 different languages and contains just as much useless information on the calendar side as it does on the back pages. The 3 sq inch space for each day includes information on solar and lunar cycles, any insignificant holiday that might fall on this day (complete with obscure illustrations) and most importantly for the three people who understand what it is, concise information on ‘Rahukal’. The backside of the month’s page is where the real fun stuff is. Redundant information relating to the month, including medical advice, puzzles, religious information, recipes and lessons in arts and crafts etc. printed in 7 point, blue type are what make up the backside. I have never visited a house in Pune without a Kalanirnay on the kitchen wall, and I have never seen anyone actually refer to the back pages. I, too, have Kalnirnay in my apt as I can’t really visualize the month without mentally putting it into the pale yellowness of the Kalanirnay grid. Recently, I decided to check out the back pages of the one on my wall. It does have a lot of information about stuff you never cared about. I did however find this awesome recipe for Masoor chi Amti. I guess I should flip the page more often.
"Bhinti vaari Kalanirnay asave"
Ingredients
2 cups sprouted Masoor (Red Lentils)
1 Onion chopped
½ tsp Chili powder
½ tsp Turmeric
1 tsp Maharashtrian Goda Masala
3 tsp Cilantro chopped
3 tbsp Olive Oil
1 cup Water
Salt to taste
Method
Heat oil in a wok
Reduce to medium heat once hot and add onion.
Fry onions till translucent, tender and brown on edges
Add chili, turmeric and goda masala and allow it to cook for a minute or two
Add masoor, cilantro and salt and allow it to cook for a few minutes
Add water and allow it to boil for a 10 minutes on medium heat with the lid on till masoor is cooked
Serve with hot chapati or rice and yogurt