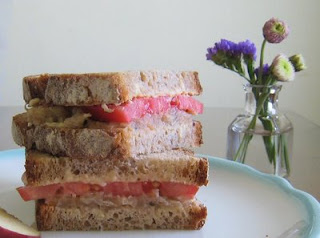 In my entire time in Pune city, the only place that came close to delivering a delicious mouth-watering sandwich that could rival Marzorin, was Jaws. Anyone who has lived in Pune in the 90s can remember Jaws. If you weren’t a vegetarian, you couldn’t go to Camp without at least considering if there was a possibility of a sandwich at Jaws. Jaws was famous for being the first place in Pune that served a real grilled beef burger. It was run by a couple of fresh graduates in an old British Raj style bungalow that looked like it was once army property. The restaurant wasn’t really part of the bungalow and was situated in the verandah. The seating was on concrete benches haphazardly scattered across the dusty parking area, Western music playing on loudspeakers that clearly couldn’t handle the sound. There was a room with a table tennis table where one could play for a token fee although no one went there to play. It was all about the burgers and the best chicken roll you ever had. Great burgers, Frankies, rolls and shakes made from the simplest recipes and ingredients. Food for the young, made and sold by the young. It was the cool place to be, although nothing about the place itself was cool. The sad part about Jaws however was that they didn’t have anything in the way of vegetarian foods except for an alu Frankie and that would be a problem in a mixed group. Hanging out at Jaws has definitely been one of the childhood memories of my college days. Jaws disappeared as the guys who ran it found real careers. It was one of the best places to eat and to be in Pune and sadly, it’s a thing of the past.

Ingredients:
1 cup Hummus (Click here for hummus recipe)
10 slices of Wheat Sourdough Bread
1 Cauliflower finely chopped
2 tbsp Olive oil
1 tsp fresh cracked pepper
Salt to taste
1 sliced tomato
Method:
Heat the oil in a pot and add black pepper to it
Once the pepper starts to splatter add cauliflower and salt
Stir and close lid
Cook for 15-20 min till the Cauliflower is soft and slightly browned on some flowerets
Allow it to cool
Take two slices of bread and apply hummus on the inner sides generously
On one of the slices add a layer of cauliflower
Top it with a couple slices of tomato
Place the other slice of bread with the hummus side inside
Press to make the sandwich firm
Serve as a snack
Posted by Adhi Potoba at 6:32 PM 12 comments: 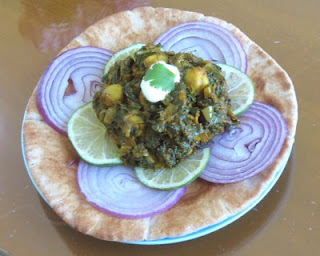 Pune being the educational capital of India, everyone had in their friend’s circle a group of out station students who had come to for a better education, especially during their college years. Of course choosing my group of friends to hang out with proved that no amount of education can improve poor judgment. Most of my out station friends were as good in the kitchen as Maninder Singh in his early years with the bat. On the positive side, you’d always have a group ready to go on a culinary adventure. Although, these kids mostly had their list of staples they’d visit and order the same thing day after day. On Deccan Gymnkhana, behind Karachi Sweet Mart and a few waves short of being immersed in the Mutha river, there was restaurant by the name on Purab. A basically non-descript restaurant that served Punjabi as well as South Indian foods. Purab was a favourite of one of my friends and he had a standard order—Paneer Bhurji with 3 rotis. I remember sitting across the table and watch him eat the same week for weeks at a time. Enough to make you never want to eat it again, but that never affected him. Purab had the standard Punjabi menu. Although I avoided most things with Palak in it, the waiter once mistakenly brought me Chana Saag instead of plain Chana. And much to my surprise it was not only edible, but quite delicious, too. Ever since, I have used Chana Saag to help me get my much-needed serving of greens.

In a pot heat the oil on medium heat and add garlic, ginger and chilies and stir
As they start to splatter, add onions and stir and allow it to cook till golden brown on the edges
Add tomato paste and coriander and allow it to cook for a couple of minutes
Add turmeric and garam masala and mix it thoroughly
Add spinach, stir, reduce heat and place lid on the pot
Keep stirring occasionally even after spinach has reduced completely
Remove from heat and allow it to cool
Once cool blend the cooked spinach with heavy cream
Pour it back into the pot and add chickpeas
Allow it to simmer for 20 min on medium heat with the lid on
Serve with bread
Posted by Adhi Potoba at 8:11 AM 7 comments: